Why and how the Crosstrek Hybrid

How did I end up here?

Hello, my name is Jeff, and I own a Subaru Crosstrek Hybrid. In fact, I'm quite possibly the first person in Michigan to own one, since as of May 31, 2019 when I bought it, they were not available for sale in Michigan. 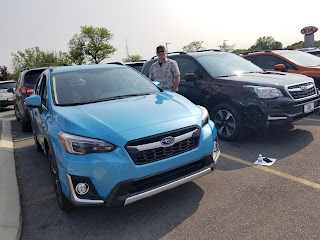 Basically, I had been driving the red 2015 Impreza since I got it in 2015. This Impreza was replacing a 2013 Dodge Dart which was totaled when it was hit by a Kenworth. (true story, for another blog entry). I liked the Impreza because it was AWD, reliable, efficient, and I could get the Kayak on it without needing a step ladder.

My wonderful and beautiful daughter (I know I'm biased) graduated college, with "highest distinction" (I'm still biased) from the University of Michigan in 2019, and needed something more reliable than the 2003 Neon that was her high school car, and is falling apart. So I decided to give her my Impreza and get something for myself. 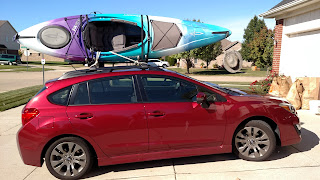 Deciding what to get

The hardest part is deciding what to get, and how much to spend. Since it's only me in it most of the time, smaller is fine. Besides my wife drives the Forester for times when a little more space is required.

My requirements basically were:
Some vehicles considered

Plus, I believe the Subaru AWD system is superior to the AWD systems of the above vehicles.

I could get another Impreza but wanted to change things up, and maybe get a little more ground clearance. I didn't want a Forester as our family already has one, though I do like the new Forester Sport. I like the Crosstrek, and was deciding on which trim to go with.

Other reviews mentioned how the Crosstrek Hybrid has a little more oomph when using the gas and electric engine at the same time than the standard Crosstrek, and since the WRX engine is still not available in the Crosstrek, I figured this would be the next best alternative. It's not fast, but it seems fine for how I drive. It maneuvers around and parks as easy as the Impreza. It has good efficiency. It does lose some cargo space, but I think I'll be fine, and again, I always can swap with the wife's Forester if I need a bigger vehicle for something.

Theoretically, the heavier weight will make it even better in the snow, and the torque available early from the electric motor will aid with offroad adventures.

The Crosstrek Hybrid is pricy. However, with the $4,500 tax credit, it is not much more than a fully loaded Crosstrek Limited, which is the trim I would have gotten. (My hybrid does not have the only optional package of sunroof/nav/Harmon Kardon.)

So that's how I decided to get the Crosstrek Hybrid.

Making a decision and getting one are two different things. I live in Michigan, when this was written, the Crosstrek Hybrid is not available in Michigan yet. It's available in states which have accepted zero-emission vehicle standards like California, and New York.

One thing many people don't know unless you are a Michigander, is that if you drive through Canada, you can get to New York quicker than going through Ohio and Pennsylvania, and it dumps you right by Niagara Falls. Thus I was able to find a hybrid in Amherst, New York, which is just outside Buffalo.

So we made a deposit and eventually picked it up (more details on that in a separate post) on May 31st, 2019. Which is why I believe I'm probably the first Michigander with a new model Crostrek Hybrid (not counting the previous hybrid they made in 2014-2016.) 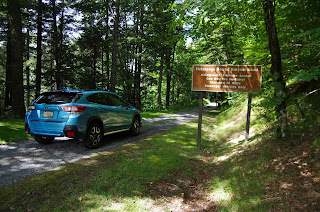